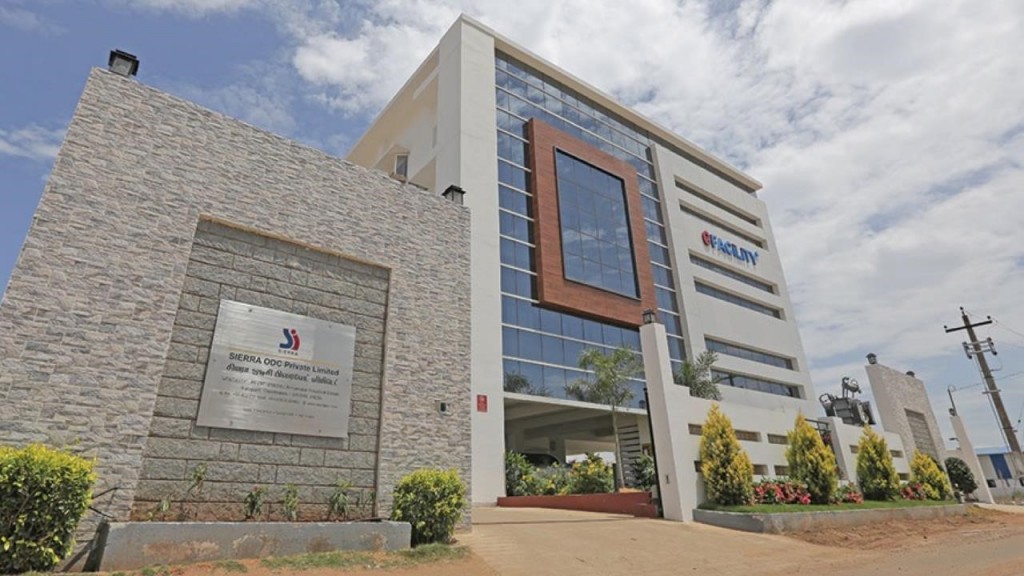 EDS conducted a tour of SIERRA eFACiLiTY®, a smart and high-performance office building located in Coimbatore, on 19th October ’19. The participants were a group of 12 students and professionals from the building industry.

SIERRA is a software development firm that specializes in facility management software for optimizing building operations. Its nearly-zero energy office building- the eFACiLiTY®- showcases the capabilities of its in-house software solutions as well as locally bought sensors in reducing building energy consumption as well as efficient monitoring and control of various building systems.

The tour began with the screening of a short movie about the SIERRA eFACiLiTY®building, which introduced participants to the project’s vision, sustainable design approach and innovative strategies. After this, participants were led by the head of building operations, Mr. Malleeswar, on a detailed building tour. 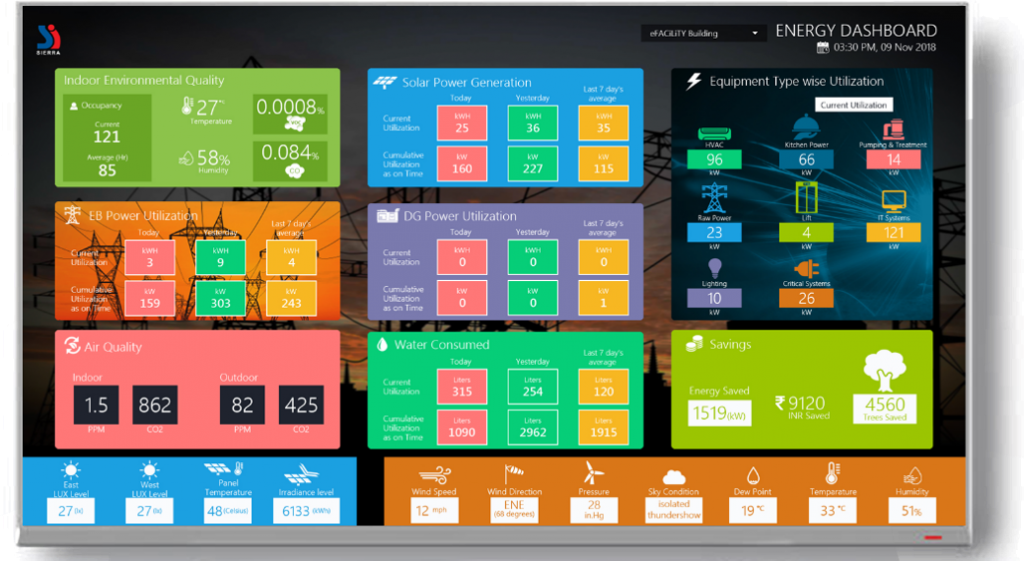 As the tour progressed, participants identified the various passive systems used in the building including skylights, high-performance wall and roof assembly and shading devices. They observed various building technology and smart features that allow for 100% building automation. For example, participants were able to recognize occupancy and flux sensors, that are synced to the lights installed in corridors and stairwells. They were given a demonstration of the automated blinds that tilt and roll up or down based on a sun-tracker system that includes lux sensors on the east and west facades.

The designers have gone the extra mile to optimize energy consumption. For example, the BMS software maps every workspace, desk or cabin and associated systems to specific users. The software detects whether the workspace is in use or not and accordingly switches systems on or off. Another example is the facility management system that enables occupants to book the conference room in advance, enabling equipment and systems to be automatically switched on just prior to the meeting time.

Similarly, the canteen management system installed in the office canteen helps cut down food waste as it requires employees to book their meals in advance on a mobile app. The tour also gave insights to the eFACiLiTY®’s zero-water discharge strategies through on-site wastewater treatment systems, recycled greywater and rainwater harvesting. In fact, the building has 81% lower water consumption than the baseline. Participants learned about the demand-controlled ventilation system that is integrated with IoT as well conventional sensors that monitor CO2, TVOCs, PM 2.5 and PM 10 levels. Further, air is filtering through a combination of MERV 13 and MERV 4 filters. Other features that enhance occupant wellness include a rooftop organic kitchen garden that supplies 4% of the ingredients used by the cafeteria and a layout plan that allows for 86% daylit spaces.

The rooftop PV system gave clarity on the different components of the innovative on-site solar PV generation. This included the solar PV panel orientation towards 11 ° S, the unique cooling system that uses recycled water and the Building Integrated Photovoltaic (BIPV) panels on the East façade.

It is noteworthy that the building stays open to visitors every Saturday, as an initiative to spread awareness about green buildings. Further, signages, plaques and displays have been installed alongside every green feature in the building to educate building occupants and visitors about various sustainable strategies.

I was totally surprised to see a building in my own hometown- Coimbatore perform with such low EPI .

The whole tour was good but what stood out for me was the live demonstration of automation systems! I learnt how passive design as well as automation can help reduce energy loads in building.

I see multiple benefits in building green workplaces. The first is obviously a reduction in capital and operational costs, due to optimized capacities and improved efficiencies. But another equally significant benefit is the improvement in health and wellness of employees.