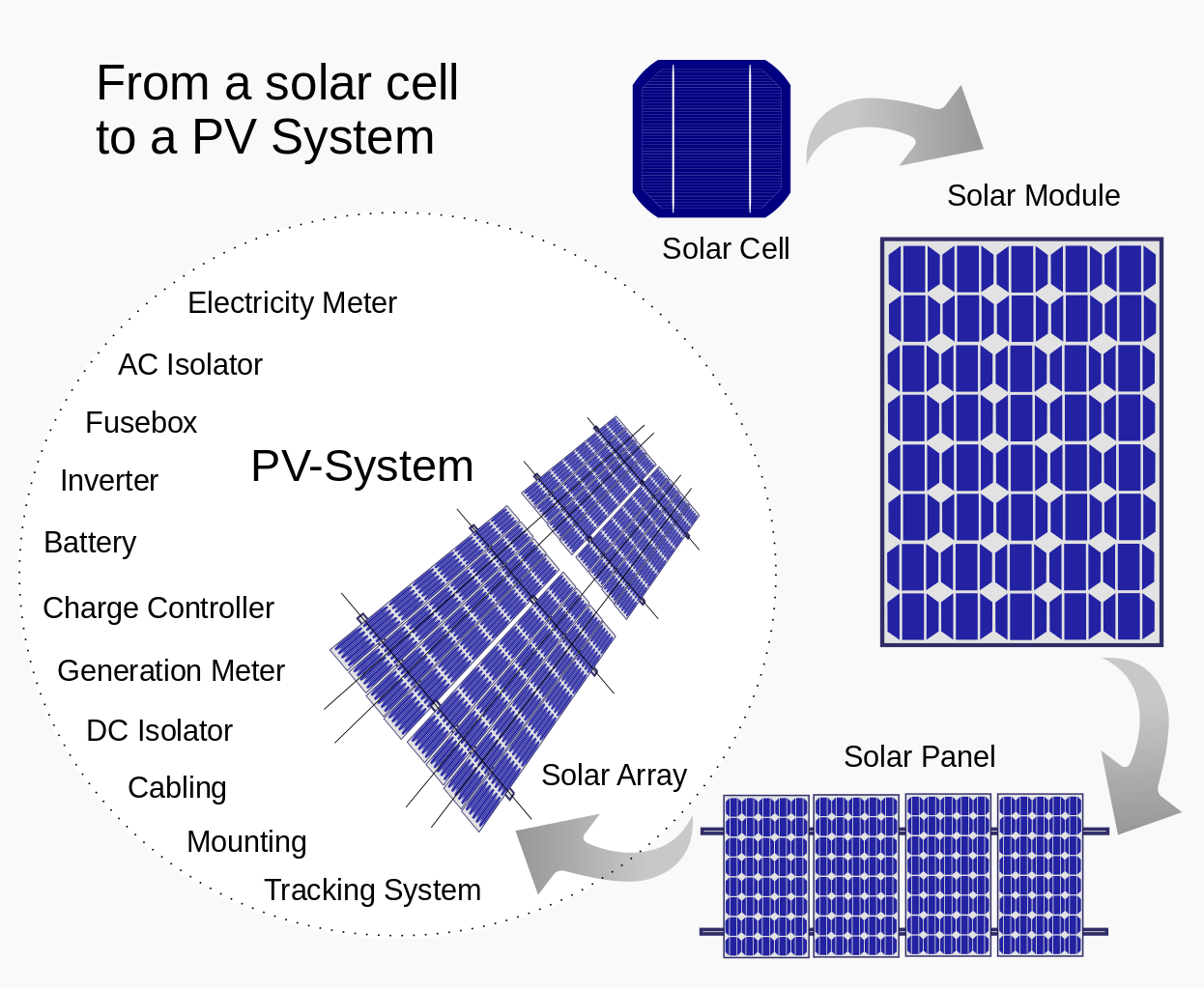 Solar photovoltaics are a combination of panels containing a number of solar cells which convert the incident solar energy into usable electricity. These panels can be placed at any place which receives abundant amount of sunlight. The solar cells are made up of semiconductor materials, such as crystalline silicon, which includes monocrystalline silicon, polycrystalline silicon, ribbon silicon and mono-like-multi silicon, and thin films, which include cadmium telluride, copper indium gallium selenide, silicon thin film and gallium arsenide thin film. The broad difference between the two technologies is that the former consists of slices of solar-grade silicon assembled together whereas the latter consists of thin layers of semi-conductors deposited in cheap materials like glass, polymer, or metal.

The process of generation of electricity from solar cells is a two – step process. The first step is the physical process and involves the photoelectric effect in which the photons strike the metal surface and provide energy to the electrons in the metal. The next step involves the electrochemical process in which the excited electrons are arranged in a series, thereby creating an electric voltage and generating electric current. The generated electricity can either be consumed instantaneously on site, stored in batteries for later use, or sold to power utilities according to local government regulations and prevalent tariffs.

Based on the availability of space and capital, solar energy can either be generated offsite at utility level, or onsite at small scale. Both types of generation mechanisms are guided by their own rules and policy frameworks.

Solar cell efficiency is the ratio of electrical output to the incident solar energy. Major factors efficiency of solar cells are:

Harnessing solar energy on site is one of the easiest ways for an NZEB to reduce its dependence on conventional electricity. Solar panels can be placed in almost any part of the site which receives abundant sunlight and is free of shade. Moreover, apart from conventional rooftop solar systems, NZEB owners can also look at innovative technologies such as Building Integrated Photovoltaics (BiPV). This system integrates the PV panels with building facade and serves the dual purpose of building envelope material and power generator, thereby reducing the energy demand of the building.

The initial cost of installation is high for a solar PV system. However, lower maintenance cost, along with Government’s subsidies and easy finance, makes solar PV an attractive investment with decent payback period and returns.