Multiplying Zero Buildings: A survey of the issues 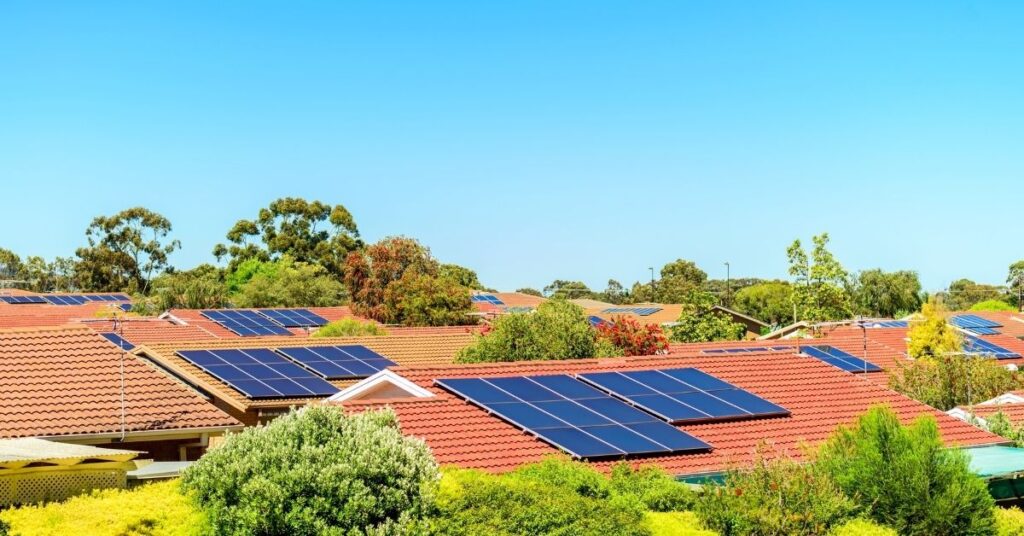 A Net Zero Energy (NZE) Building produces as much renewable energy as it consumes over the course of a year. Behind the NZE concept is the idea that buildings can meet all their energy requirements from low-cost, locally available, nonpolluting, renewable sources. There are finer gradations for the definition of NZE, but even this basic and simple definition is enough to show that NZE involves two sides of an equation; one side deals with managing and limiting the consumption of energy, and the other deals with generating an adequate amount of renewable energy.

The NZE Building design effort is unique and different from that required for a low energy building. The amount of renewable energy that can be generated sets the budget for energy consumption. The renewable energy amount is dependent on the resources available on site. Experience on projects has shown that when a building owner and design team are committed to an NZE goal, all aspects are negotiable in the pursuit of the goal, including building use, size, budget, etc., aspects which are typically not on the table for discussion during design. Although plug load related equipment lies outside the scope of typical design, many design teams have early discussions with the owner and users about energy consumption of appliances and equipment towards reducing that end-use in NZE buildings. Such a discussion for the Packard Foundation Head Quarters building led to the change of computer terminals and the owner’s IT group created a software application to inform building users of weather conditions appropriate for natural ventilation. At the NZEB building at CEPT University in Ahmedabad, early design discussions for optimizing renewable generation, efficiency options, costs, and overall budget, led to reduction of the conditioned floor area so that a NZE solution would fit within the renewable energy budget.

Building form and size have an impact not only on its energy efficiency potential, but they also affect the envelope area for PV. The roof provides unshaded access to solar radiation. For a given building program the roof area reduces as the number of stories increase, reducing the PV potential. A technical potential study by NREL for building typologies in the USA concluded that 62% of new buildings in the commercial sector, given their location, building type, and typical form, could achieve a NZE performance using known technologies and with 50% roof coverage with PV modules. Another technical potential for California by Arup, concluded that three of the fourteen building types, i.e. Multifamily High-Rise, Large Office, and Sit Down Restaurant cannot reach NZE performance using rooftop solar PV given the nature of their loads and building configurations. Compact urban areas which support public transportation and reduce vehicular energy use also reduce the potential for solar access to rooftops. The opposite is often the case in suburban areas with lower density, where vehicular energy use is high, along with PV potential. At the community scale, NZE design becomes an interesting tradeoff between the efficiency of density of services, vehicular access, and solar access. For NZE Buildings that are occupied by tenants, a special lease similar to a green lease may be needed to ensure that the tenants enjoy the benefits of a NZEB and take responsibility for its performance. 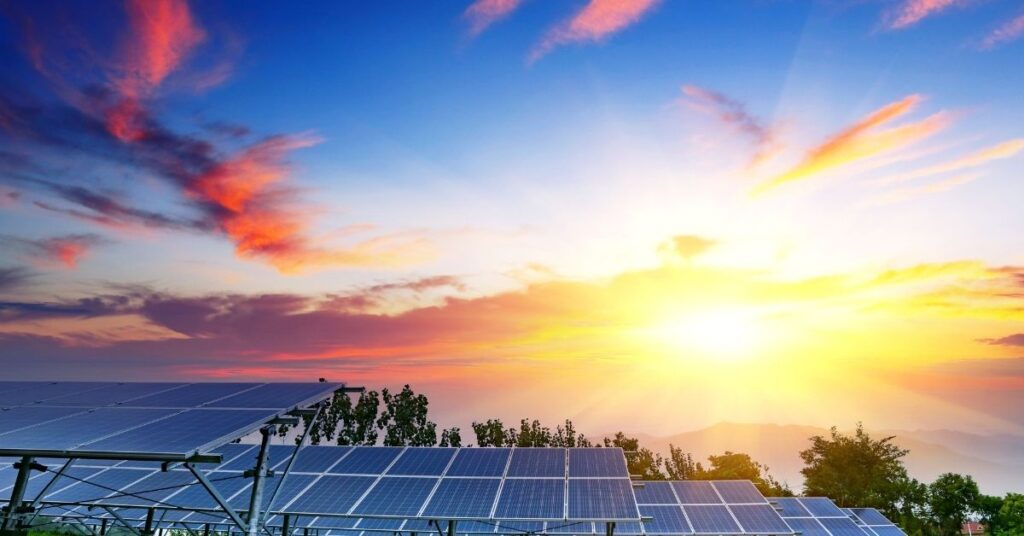 PV technology is modular and scalable and especially suited to smaller NZEB projects that do not have large tracts of land. PV panels can be added easily over time as long as space is available. They work in all climates, including cloudy regions. Solar radiation levels are reasonably predictable over the year, which makes it easier to estimate energy production from PV on a monthly and annual basis. They have a long life, and are low maintenance with no moving parts.

Wind turbines generate energy in proportion to the square of the swept area, and the cube of the wind speed. So higher wind speeds and larger blades result in more energy and smaller blades or lower speeds result in disproportionately less generation. Large utility-scale wind turbines are much more efficient and therefore more common than smaller ones at a building scale. Wind power may be more appropriate for a campus or a community scale given the current state of the technology. Wind turbines have moving parts that require regular maintenance. Mounting wind turbines on a building can result in large and complex structural loads which need to be addressed in design.

Biomass energy uses organic material from living organisms that can be replenished within a short period. Forest residue sources of biomass are wood dust, wood chips and other waste from trees and plants. Industrial biomass can be from harvested wood, switchgrass, hemp, sugarcane, bamboo, palm, eucalyptus, etc. Animal and human waste are other sources for biofuels and biogas used in rural communities for cooking, heating, and generation of electricity. Using biomass in combustion releases the same CO2 that would have been released into the atmosphere during its growth. However, the process of growing, fertilizing, harvesting, processing and transporting biomass can result in additional carbon emissions. When such lifecycle emissions are accounted for, biomass is rarely carbon neutral. It is nevertheless, a significant reduction over using fossil fuels for generating energy. Other impacts of biomass include socio- economic effects of change in land-use and production, and air and water pollution. The best biomass application requires no change in land-use, minimal agriculture production, and very little transport. This typically tends to be projects with large tracts of land away from urban settings where there is a consistent and reliable source of biomass. As opposed to solar and wind energy, biomass energy can be available 24X7. It can be effectively combined with solar power, where biomass provides the baseload power, and solar energy provides the peak power during the day. 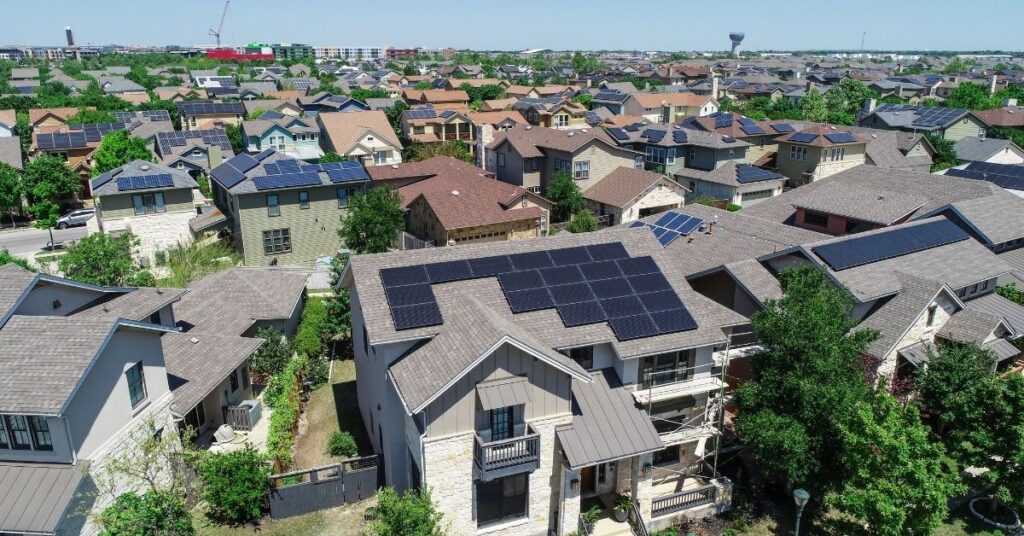 A community uses energy for buildings, industrial activities, vehicles, and community-based infrastructure such as street lighting, sewage treatment, water supply, solid waste management etc. When a community is treated as an integrated system inclusive of buildings, transportation, industry, and other services, the linkages between these systems can provide unique opportunities for solutions. Some buildings could be net positive, and help balance the building types that have higher consumption of reduced solar PV capabilities. Together such a building stock can create a Zero-Energy Community (ZEC). CHP systems that use biomass are more economical at community scales. Biogas released from sewage and solid waste treatment can be more easily harnessed at this scale and used in a biofuel plant. Electric vehicles can act as storage devices when excess renewable energy is generated. Perhaps one of the most extensively managed resource efficient closed loop community is the Hammarby Sjöstad, in Stockholm Sweden. It was engineered such that the supply of urban waste such as solid waste, sewage and waste heat would be sufficient to operate the community.

NZE Buildings typically are typically grid-connected. When on-site generation is greater than the building load, the excess electricity is exported to the grid. Conversely, when the load is larger than the on-site generation, grid energy is imported. This arrangement allows the NZEB to use the grid as a virtual storage device and achieve energy balance over the course of the year. Without the grid, battery storage is needed making off-grid NZE buildings more expensive.

The economics of grid connected NZE buildings are affected by the way a utility company accounts for the energy exported by the building. In general there are three types of compensation for distributed generation. Net metering is a service to an electric consumer under which electricity generated locally may be used to offset electricity provided by the utility. Net metering is often priced at retail rate, and excess generation may result in compensation to the consumer if such payments are allowed by the utility. As opposed to net metering, a Feed-in tariff (FIT) is generally priced above retail. As the number of consumers opting for FIT increases, the price is likely to reduce to retail rates. FIT requires a separate additional meter to measure the energy generated. The third compensation form is a Power Purchase Agreement (PPA) which is typically priced below retail. However, in the case of solar energy, the PPA can be priced above retail since solar generation tends to coincide with the utility system peaks.